Flirts and Other Voluptuous Tyrants:Wollstonecraft, Rousseau and the Politics of Desire

For the 18th and 19th centuries, flirtation was largely understood to be the symptom of a woman’s uncontrollable (and innate) sexual appetite. Any woman who questioned its cultural operations, such as Mary Wollstonecraft, was accused of being simultaneously sexually inappropriate in her interests, as well as prudish in her denial of feminine desire as a legitimate expression of a woman’s character. What this talk will argue, however, is that, for Wollstonecraft, the flirt is a fundamentally masculine figure who engages not in a struggle over desire, but rather in a struggle for power based on monarchical politics of the Ancien Régime. 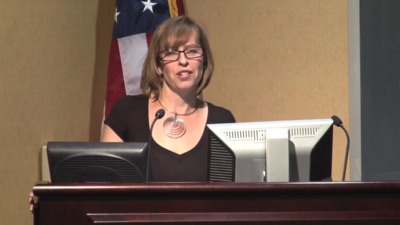