His Name is Garbage: Loser Names as Mystical Warfare in West Africa

"His Name is Garbage": "Loser Names" as Mystical Warfare in West Africa

Mandinga mothers in Guinea-Bissau, West Africa, give their infants bonotoo, or “loser names,” to protect them from iran, malevolent spirits that afflict women whom they desire as human spouses. These spirits, who are said to be jealous of the mother/child bond, attack babies, both unborn and born, and are thus blamed for women’s excessive miscarriages and infant deaths.

How do loser names “work” in Mandinga society and how can we understand this practice anthropologically? Interpreting it as simply a pragmatic response to infant mortality undermines the importance of religion and portrays women as powerless victims. Interpreting it in an exclusively religious framework, however, does little to contextualize the practice in light of the harsh realities of poverty and death in West Africa.

In this presentation, I attempt to move beyond these polarities and suggest that loser names engage both spiritual and material realities, which are inherently fused in West Africa. I also show how the recent debate among Manindga themselves about loser names as mystical warfare reveals a conflict between Mandinga custom and global Islam, a conflict that is inherently gendered. My paper is based on fieldwork I conducted with Mandinga in Guinea-Bissau and with Mandinga immigrants living and around Lisbon, Portugal. 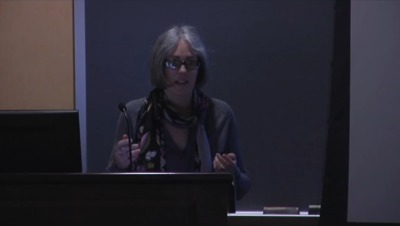