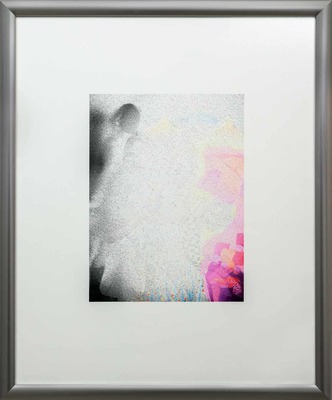 The exhibition titled “Center is Spreading” brings the human’ inevitable relationship with urban and nature into question and the concept of humans in urban areas and the matter of periphery up for discussion. Works in the exhibition deeply question the concepts such as shifting centers, urban transformation, disappearance and assimilation of cultural codes as a result of gentrification, isolation of humans in the city, losing the sense of belonging, center-periphery, nature-urban, and concretetree. The attempt of the individuals, who focus on the center, to escape to nature through the transformations and changes in the hectic lifestyle of the city, is grounded on the aim to find a lyrical life in itself. Individuals who experience identity confusion between city and nature and sense of belonging, attempt to return to themselves, nature and green. The compulsory migration movement to the urban areas has been changed to returning to back; nature as individual preference and desire. As a result of the population explosion and the difficulties caused by the living conditions, the rural areas in the periphery have become the attraction centers again. Preferring to escape from the tiring and hectic living experience to the remote and small towns in the periphery has become inevitable for those living in metropoles. With an interdisciplinary approach, the exhibition titled “Center is Spreading” reveals the works by Tulu Bayar, CİNS, Gizem Çeşmeci, Ahmet Duru, Murat Germen, Şifa Girinci, Güler Güçlü, HORASAN, Seydi Murat Koç, Gülcan Şenyuvalı and May Parlar that focus on the relationship between center and periphery in striking reality. In sense of the dichotomy between city and nature, the points humans focus on, transformations in their lives and the ways of existence they set up in parallel with art appear as the state of emerging, existence and interrogating by means of the alternative routes of art that deals with harsh cultural clashes between the dynamics of visibility-invisibility, existence-nonexistence, art, and life. -- catalogue

Tulu Bayar is a multi-media artist and educator. Her work has been featured in many solo and group exhibitions throughout the US and also in Turkey, Germany, Denmark, UK, France, Colombia, and China. Additionally, she has received funding from Fulbright (USA), Esmée Fairbairn Foundation (UK), Ténot Foundation (France), artist-in residency grants from Camac Centre d’art and the the Center for Photography at Woodstock, and William Sackett Fellowship through Virginia Center for Creative Arts. Her work is included in public collections such as National Museum of Women in the Arts (USA), Belfast Exposed Photography (UK), Samuel Dorsky Museum (USA), Elgiz Museum of Contemporary Art (Turkey), and the Textile Museum at George Washington University (USA). Bayar is a Professor of Art at Bucknell University where she also serves as the Chair of the Department of Art and Art History.